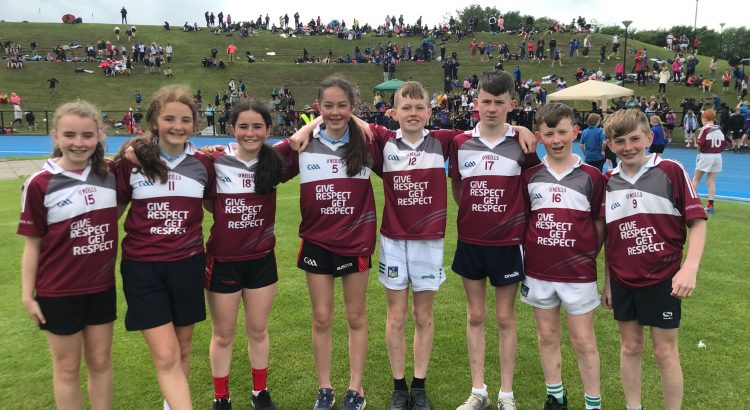 Well done to our 46 athletes who participated at the UL Sports today.

Pupils from Herbertstown NS took part in races ranging from 80metres to 400 metres, as well as relays and long jumps. Everybody gave their all in their events and did their school proud.

Well done to our boys and girls who represented the South in the INTO Mini 7s County Finals at Mick Neville Park in Rathkeale. 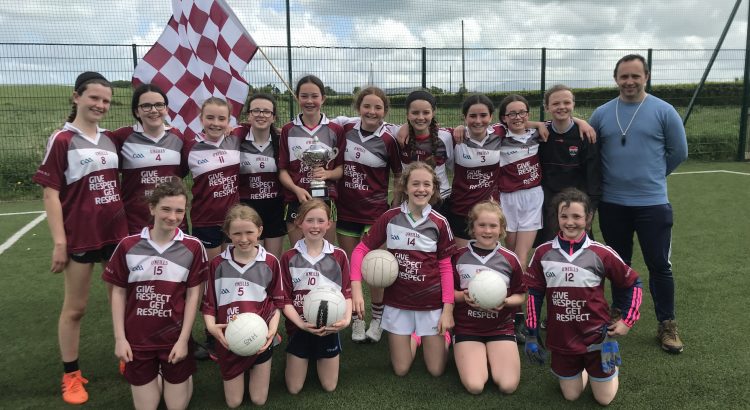 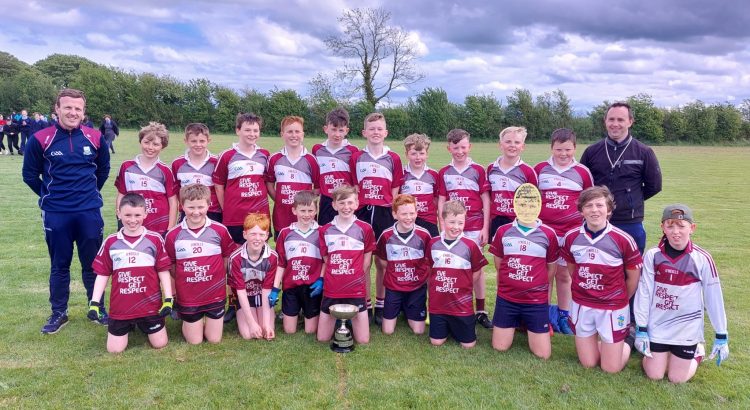 History was made on Thursday as Herbertstown NS claimed the South Limerick Premier title for the first time.

The venue for the Premier football was Bruree and the games were refereed by Josh Dineen of Galbally. The slight hill in the Bruree pitch was offset by a strong breeze blowing back up towards the village.

In the semi-final, Herbertstown recovered from a slow start to record a 7 point victory. In the early stages, some direct running from Kilmallock culminated with the ball being crashed to the net. The team in maroon responded well and slowly edged in front with some neat points. Two goals in the second half were to prove crucial in maintaining an advantage as Kilmallock tried to mount a comeback. The hardworking Herbertstown players would not be denied and a place in the final was secured.

The Premier final started shortly after 1pm with a good attendance from Herbertstown and from Bruree, who had a large number of their pupils supporting on the sideline.

The first half was a cagey affair, with both teams working hard in possession but not being effective in front of goal. This tense nature of the game was illustrated by the fact that there was no score in the first half.

The second half burst into life when the first score arrived via a Herbertstown 45. Another 45 and a free gave Herbertstown momentum before some Bruree points brought it back to a one score game. This did not deter the Herbertstown team as they rallied to score a goal and stretch four points ahead. The final moments saw a barrage of attempts on the Herbertstown goal but the only result was a single white flag as Herbertstown held on to win by 3 points.

John English presented the South Limerick Premier Cup to a Herbertstown captain for the first time, triggering great celebrations, both on the field in Bruree and when the team returned to the school.

Well done to our fantastic bunch of players who produced two absolutely terrific performances! They will now go forward to represent the South in the County Championship on June 13th. 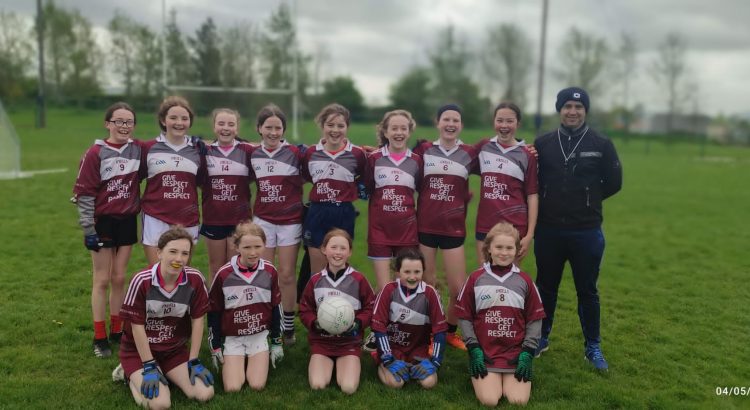 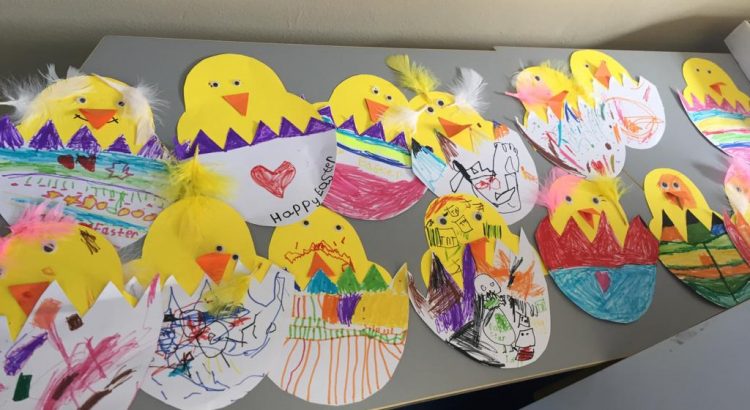 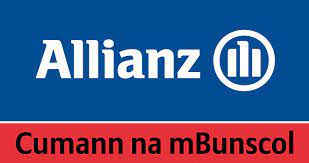 The artwork is really starting to take shape, well done everyone! 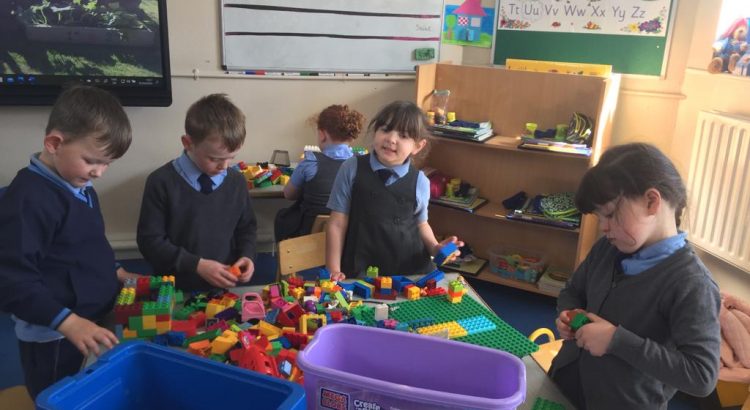 Lots of fun from various activities including art, Aistear, PE and also a dip into April for April’s Fool’s Day! 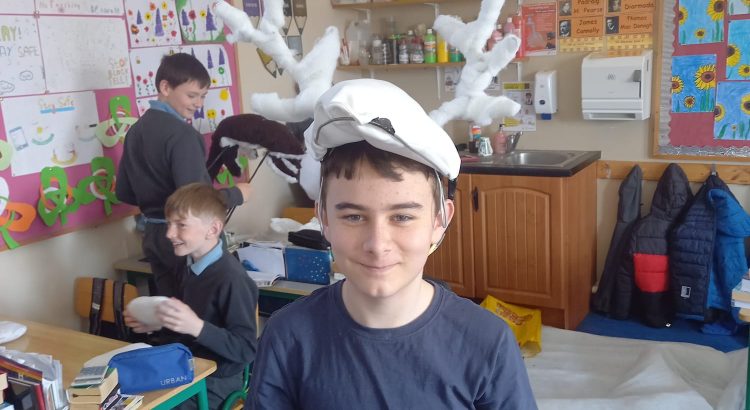 Some fantastic work is being done by the 6th class pupils under the guidance of artist and puppeteer Des Dillon. They are having great fun creating their own puppets.