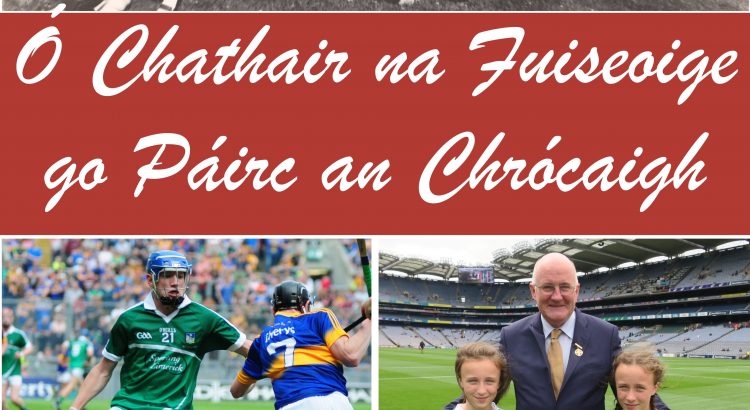 Thank you to everyone who came to support the launch of the school’s book ‘Ó Chathair na Fuiseoige go Páirc an Chrócaigh’.’

Joe Lyons, Chairperson of Cumann na mBunscol spoke at the launch and praised the school for promoting Gaelic Games.

The book is available from the school and in local shops. 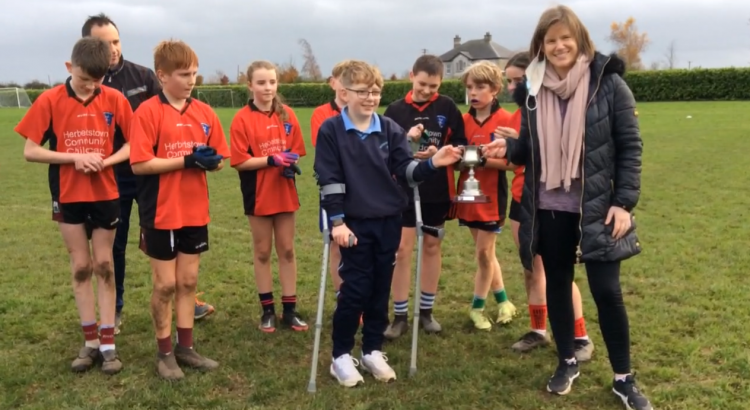 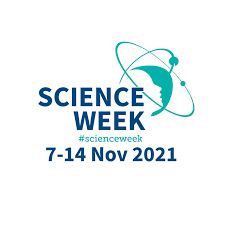 Mrs Heelan’s class constructed spaghetti bridges as part of Science Week. They had to be 30cm long and be able to support a weight of 200g.

They created some excellent bridges!

1st & 2nd class created cornflour slime during Science Week and had great fun investigating how it can change from liquid to briefly solid when moved quickly. 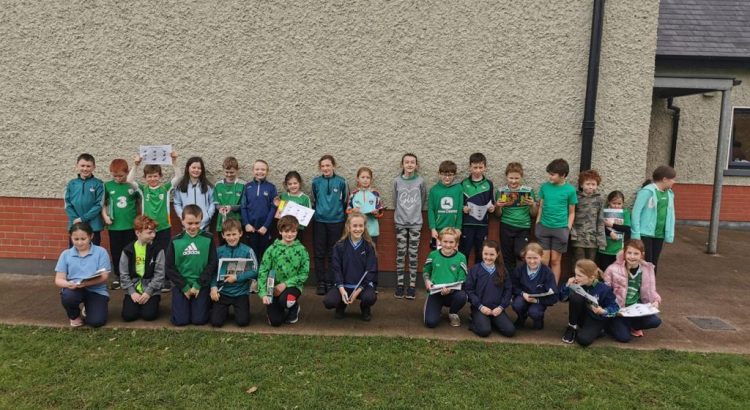 We marked Green Schools Action Day in a number of ways including:

wearing green, walking/cycling to school, planting pollinator bulbs in the pitch, litter picking, going for a whole school walk, doing climate/biodiversity themed lessons and making pledges to do better for the planet.

There was also a cherry tree planting ceremony to mark the occasion in a lasting way. 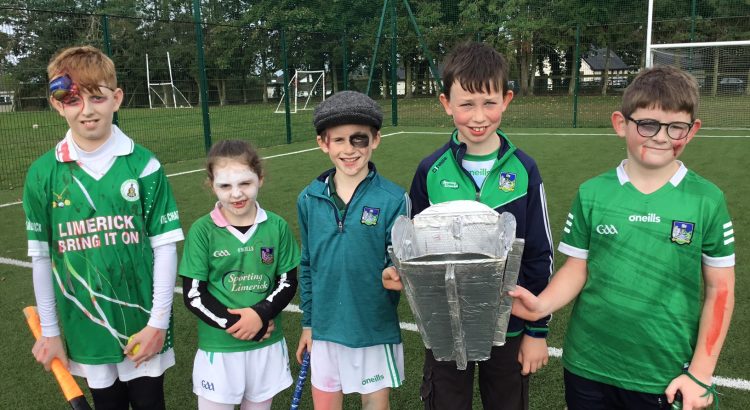 The traditional monster musical statues took place at the school before the midterm break with plenty of great costumes on view! 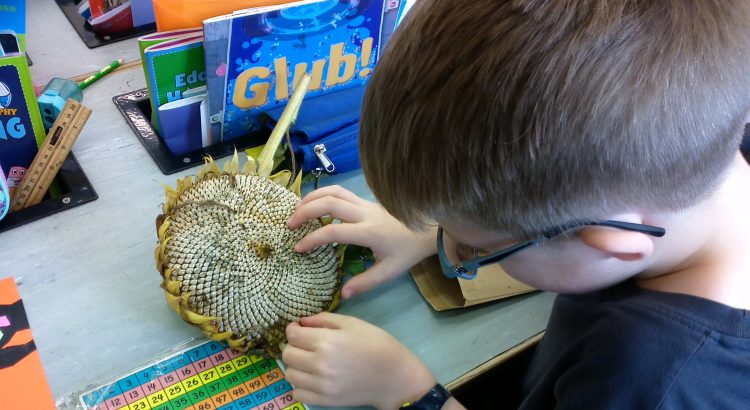 Last spring, the 1st & 2nd class planted pumpkins in each of the 5 classroom raised beds in the school garden. Only one plant grew a large pumpkin and it just happened to be our own classroom’s. We used it to make a Jack O’Lantern for our window.

1st & 2nd class also gathered sunflower seeds from the school’s sunflowers and have stored them for planting next spring. 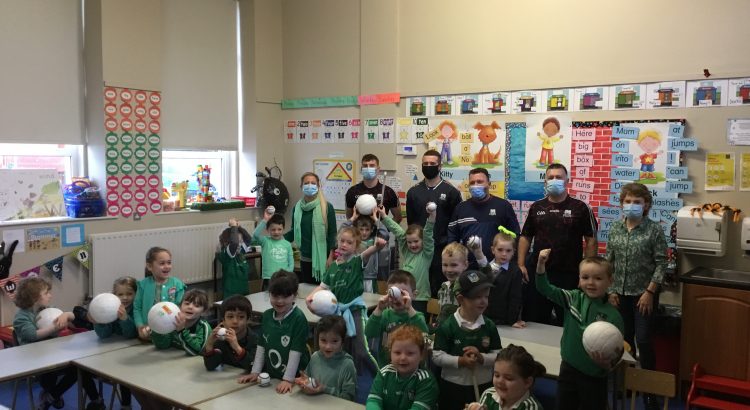 On Friday last, Kevin O’Connor and Shane Markham of Hospital/Herbertstown GAA club’s Bord na n-Óg visited the school to make a donation of playing equipment. Two of the club’s senior players, Dylan O’Connor and Dean O’Shea were also in attendance.

The school is grateful for the continued support from Hospital/Herbertstown. 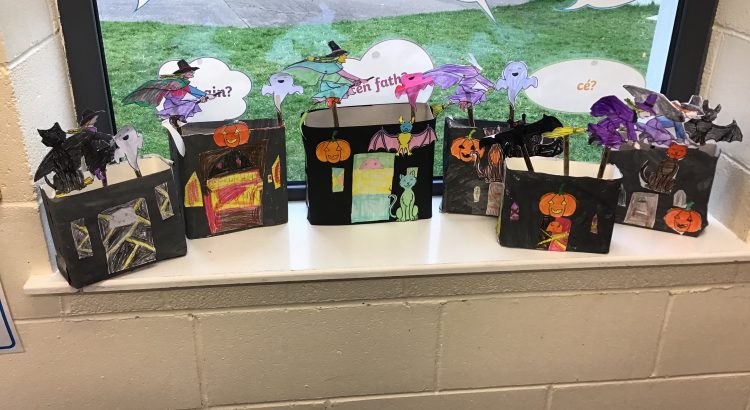 3rd/4th class have been busy constructing haunted houses in art. The pupils used cereal boxes as a starting point for their spooky creations!