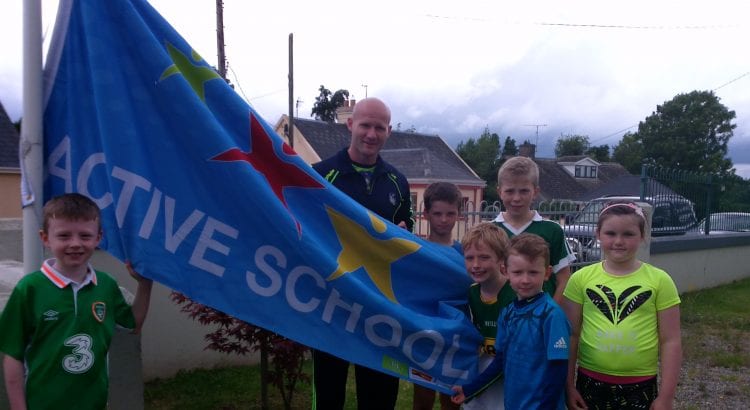 Herbertstown NS’s annual summer sports day took place today with the children participating in a whole host of activities. Firstly,  there were running races, spud & spoon races, sack races and three legged races. Next on the agenda was the obstacle course and the morning was completed with javelin throws, a Cic Fada competition and a Welly Throw.

Following these events the finals of a number of competitions took place. Two new competitions, the Ned Daly Shield and the Pádraig Pearse Cup, were contested by the pupils of second and third class. In two very even finals, Limerick emerged victorious in the shield final and Cork claimed cup glory in the second game.

The final of our summer soccer league also took place. In a Euro 2016 themed league, Northern Ireland faced off against England in the final. Again, the spectators were treated to a close game with England notching some late goals to claim victory.

To cap off a great day, Limerick hurling star James Ryan visited the school to raise our new Active School Flag. It was a wonderful culmination to both such an active day and year and our pupils should be very proud of their efforts this year!