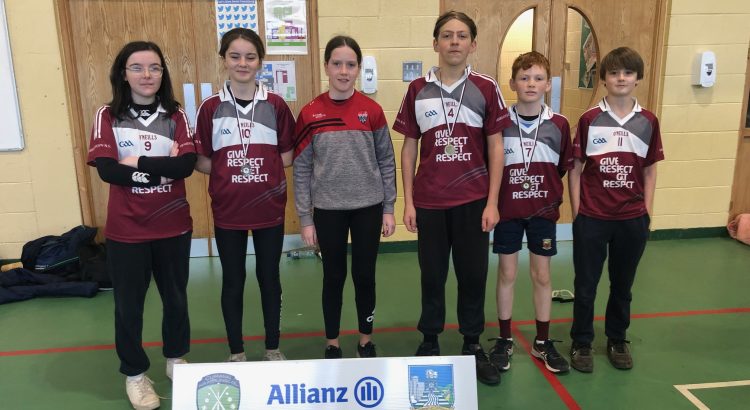 Each of the sixth players did very well in what was their first game of handball outside of PE lessons in school. Three of the players were medal winners as the school collected a silver medal in the Roinn B girls division and bronze and silver medals in the Roinn B boys division.

All sixth were excellent representatives for the school at the event. 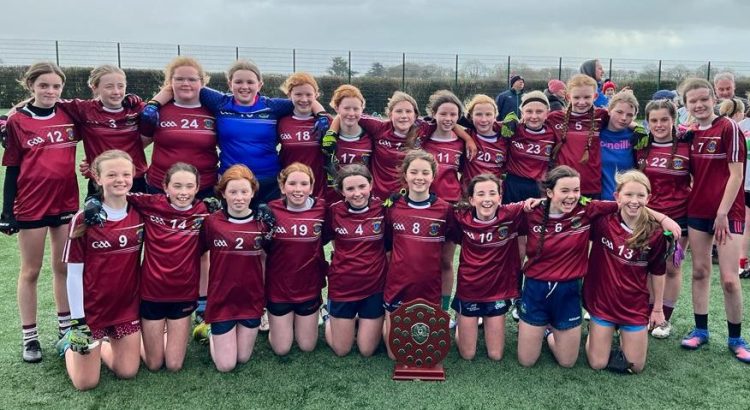 Before today, we had four previous winners of this competition so to have four more in one day is fantastic.

A great achievement by the girls and the South team who needed to win two close games to claim the title, well done! 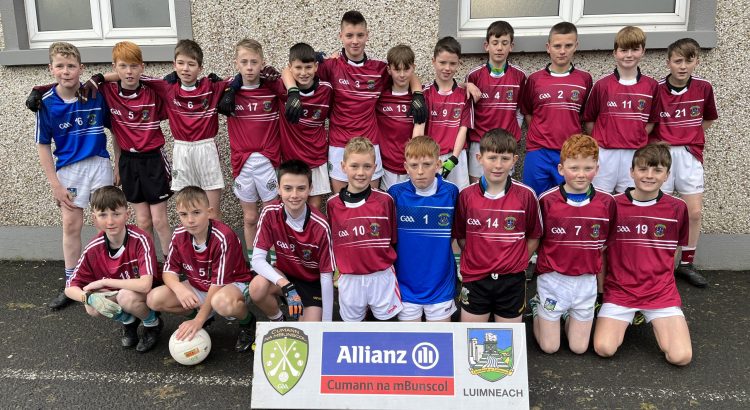 Well done to our representatives on the South Limerick team who played the City on Tuesday in Rathkeale in the semi-final of the Sarsfield Cup.

It was great to have two players involved and we also had two teachers coaching the team – Mr. Franklin and Mr. English. 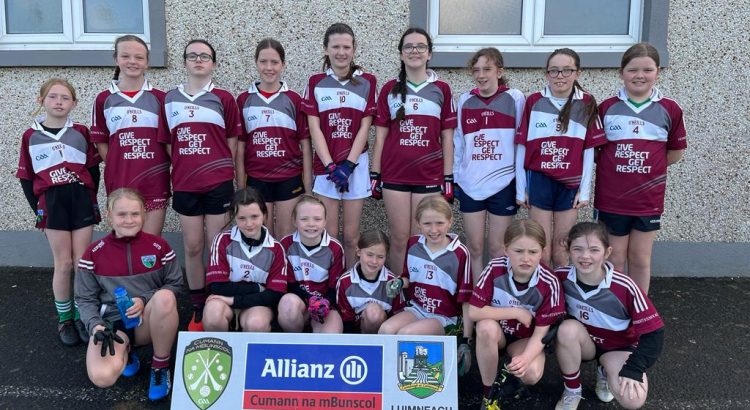 A week on from claiming a first ever South Premier Football title our girls team travelled to Rathkeale for the county semi-final. The South champions’ opponents were Monaleen NS who had a formidable 58 players on their panel compared to the 16 available for Herbertstown.

Minutes into the game it was clear to everyone in attendance that these numbers mattered little as both teams contested a fantastic game of end-to-end football. Herbertstown got the better of the first half exchanges and led at the half time whistle by one point.

The second half continued to be evenly matched but the final five minutes would provide much excitement for supporters on both sides. Despite some brilliant defending, Monaleen had managed to stretch in front of Herbertstown by two points. Then, a long Herbertstown free from the middle of the field went straight to the Monaleen net with time just about up. However, there was just enough injury time for the city side to make their way back down the field where they won a free of their own. A nerveless kick from their freetaker with the last act of normal time brought the game to extra time.

In the first half of extra time Monaleen struck for a brace of goals just after Herbertstown had a goal disallowed and this proved to be the deciding of the tie.

A fantastic effort from the Herbertstown girls and everyone at the school is very proud of what they have achieved this year.

Monaleen were crowned county champions after beating Doon Convent in the final later on the same day. 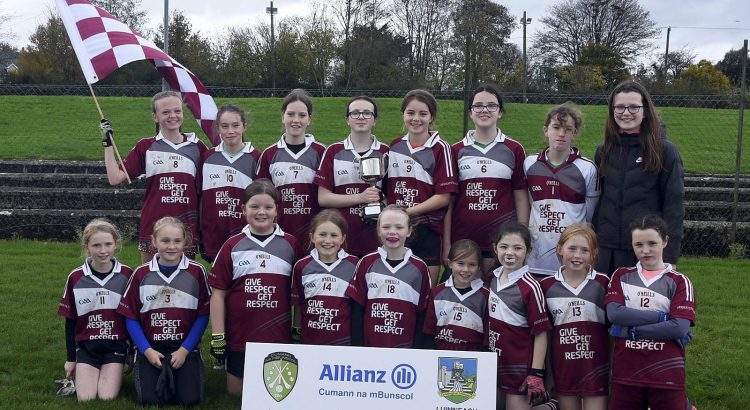 A small piece of history was made today in Bruff as Herbertstown NS joined the list of schools who have won the South Premier Girls’ Football title.

The girls in maroon led from start to finish in what was a very impressive display against the home side Scoil Dean Cussen. Playing against a strong wind in the first half, Herbertstown scored two goals before Bruff registered their first score and held a seven point lead at the break.

Then, with the wind at their backs in the second half, the girls showed great composure in front of goal to stretch ahead and secure a memorable victory in front of a very vocal group of Herbertstown supporters.

After the game, Shane Mullane of Scoil Dean Cussen presented the cup to the Herbertstown captain. 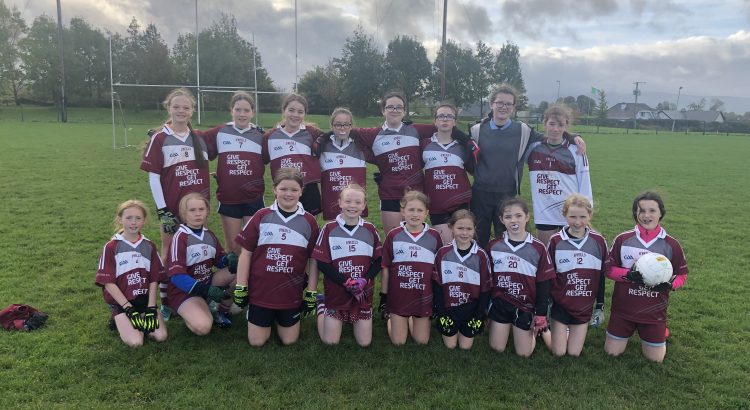 Well done to our girls who have qualified for the South Limerick Premier Football Final.

A 5 point win over Knockainey NS secured a place in the final against Scoil Dean Cussen (Bruff NS). The final will take place after the midterm break. 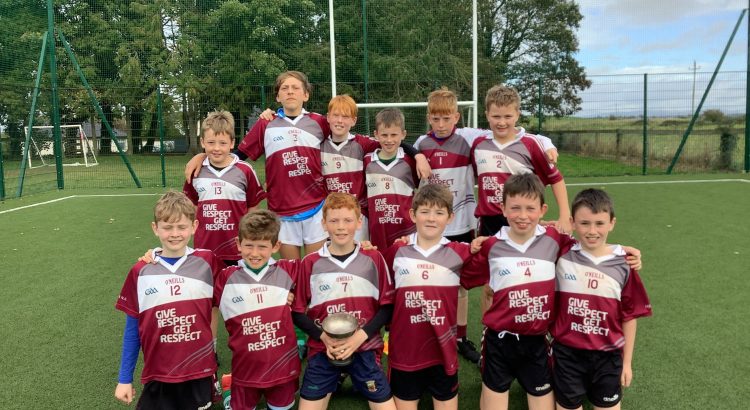 Congratulations to our boys who brought the South Roinn B title back to the school today.

If ever a South title was earned it was earned today as the boys had to navigate their way through a very tricky division which featured footballing strongholds like Galbally and Ballylanders.

The boys weren’t phased however and four wins from four games, over Galbally NS, Ballylanders NS, Kilfinane NS and Athlacca NS, made them worthy South champions!

Congratulations to the team and well done to their coach Mr. Franklin. 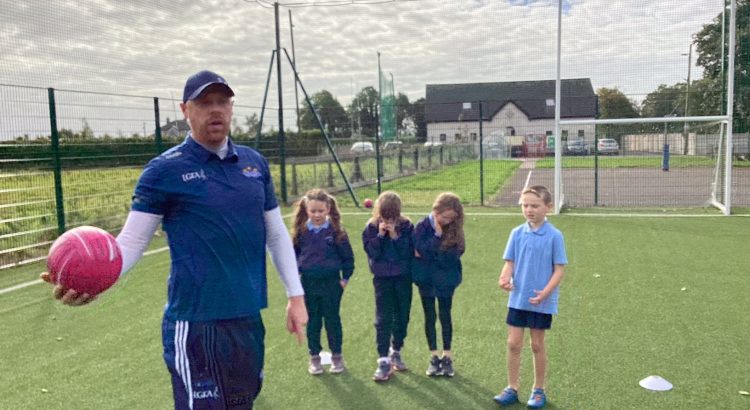 Gearóid Balfry of the Munster Ladies Football Association was a visitor to the school on Tuesday and he provided coaching for all classes in the school.

We were very lucky with the weather and everyone got an opportunity to get outside and enjoy plenty of fun games based on developing agility and also getting more comfortable with the football.

Thanks very much to Gearóid for the visit and we hope to have him back again during Active School Week. 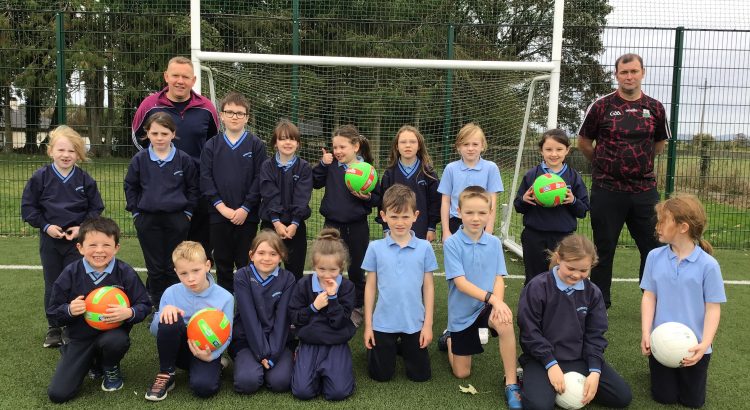 We had a special visit from John Collins and Brian Mulcahy of Hospital/Herbertstown Bord na n-Óg on Tuesday.

They made a donation of footballs to the school which we were very grateful for. 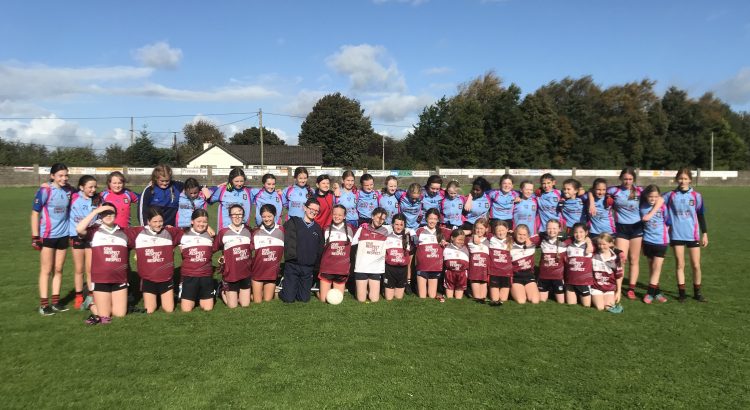 There were excellent performances right throughout the team and the game was played in a great spirit.