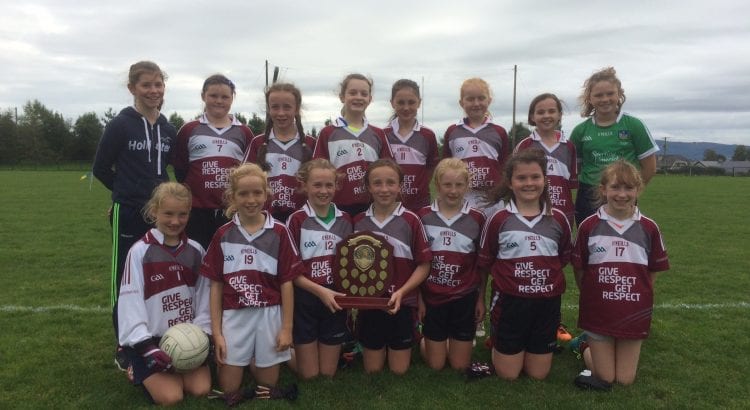 Well done to our girls team which captured the South INTO Mini Sevens title today in Martinstown. Victories over Knockainey NS & Knocklong NS secured Herbertstown a place in the final against holders Kilbehenny NS.

In a closely fought final, Herbertstown emerged victorious on a scoreline of 2.04 to 2.00. This is the second time the school has won this title, the other occasion being in 2016. Our girls will go forward to represent the South in the County competition sometime in the spring.

Training for both teams continues on Monday next with the boys 11 a side blitz taking place next Tuesday. The girls will be in action again during the following week in their 11 a side competition.