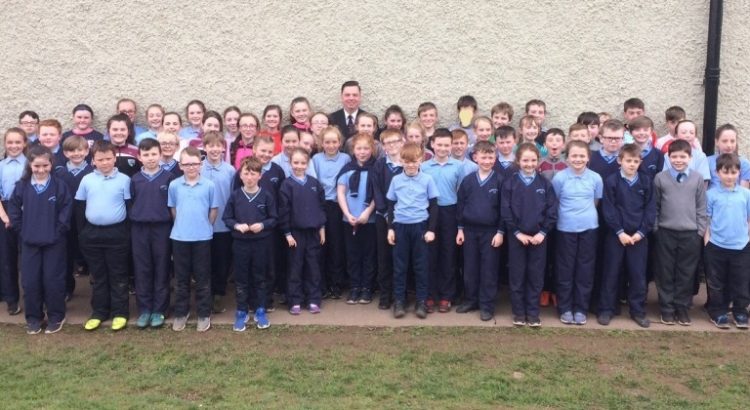 Captain Barry Cason visited the school to talk to the children about all aspects of being a pilot.

Captain Cason was paying his second visit to Herbertstown NS having spoken to the then 5th & 6th class in 2017.

The airline pilot answered the children’s questions and talked about how he came to be a pilot. He brought some videos and pictures with him to help illustrate what his job entails and told many stories about his experiences both as a cargo pilot and as a commercial or passenger jet pilot.

Cpt. Cason said afterwards that he really enjoyed the visit and was very impressed by the children’s questions. 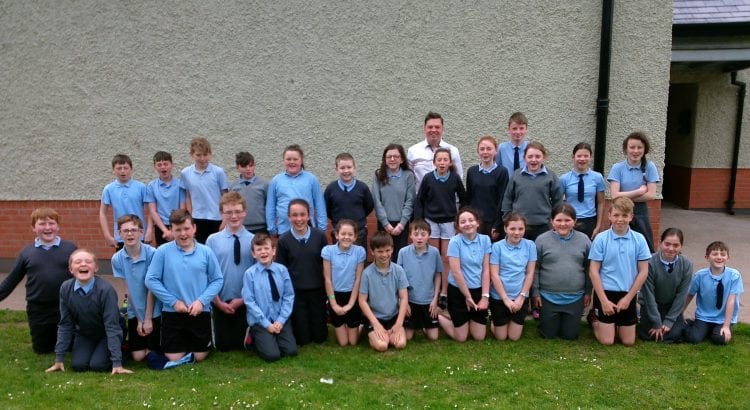 The sky’s the limit for Herbertstown NS pupils after the visit of Captain Barry Cason. 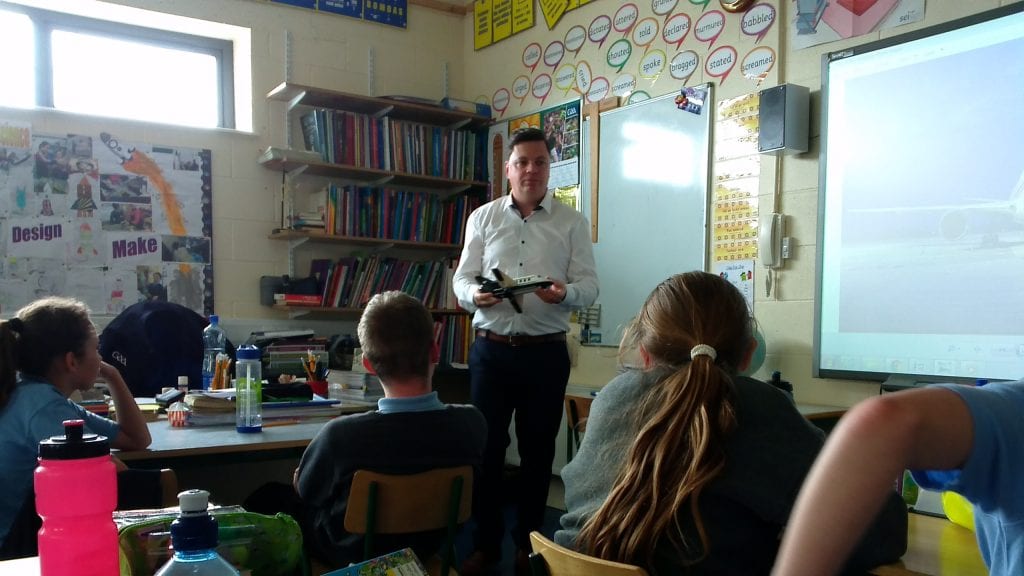 Cpt. Cason, who flies freight for Cargojet and is based in Canada, paid an hour long visit to 5th & 6th class. Having previously worked as a pilot on a commercial airline he was able to talk to the children about all aspects of the job. There was an opportunity for the pupils to quiz Cpt. Cason on what it’s like to be a pilot and he was very impressed with the questions being posed. He fielded questions on topics like taking off, landing, turbulence, weather systems and much much more. One story the children found particularly interesting involved the transport of a polar bear from a zoo in Australia to another in Canada.

It was a very memorable experience for all present and perhaps a future pilot or two may emerge from the group in years to come! 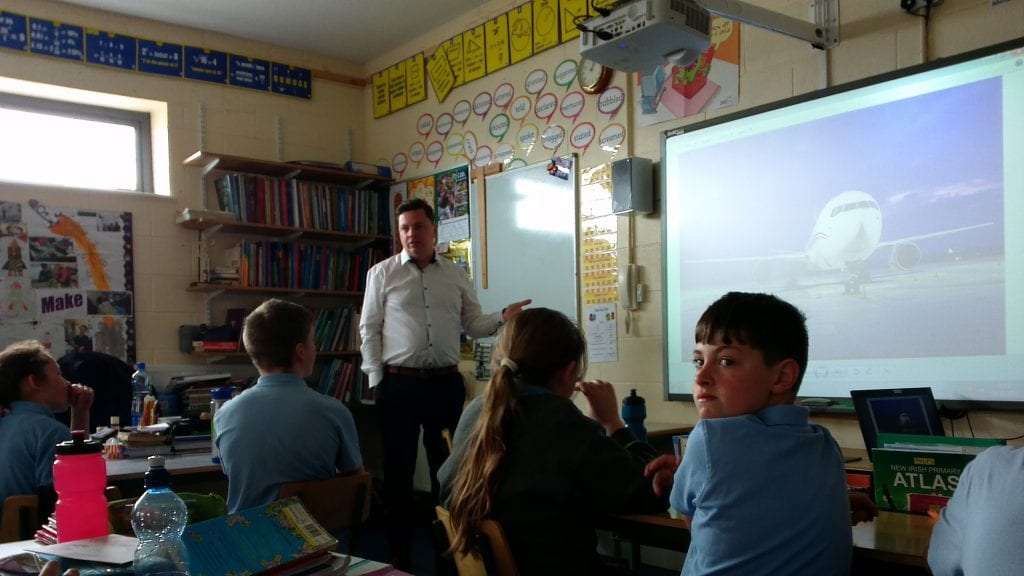 Cpt. Cason shows the children the aircraft he is currently flying. 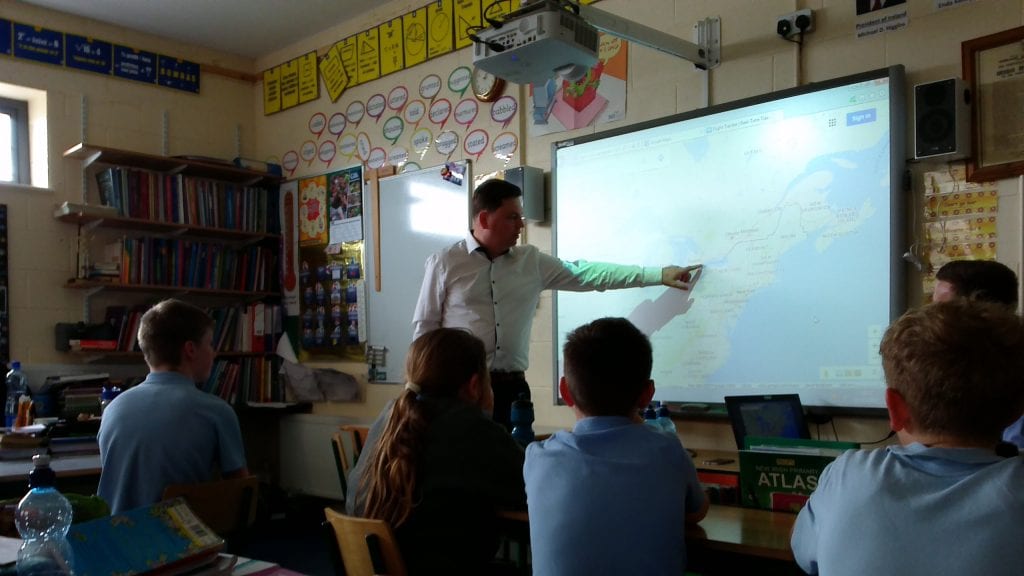 Cpt. Cason points out his home city of Toronto, Canada. 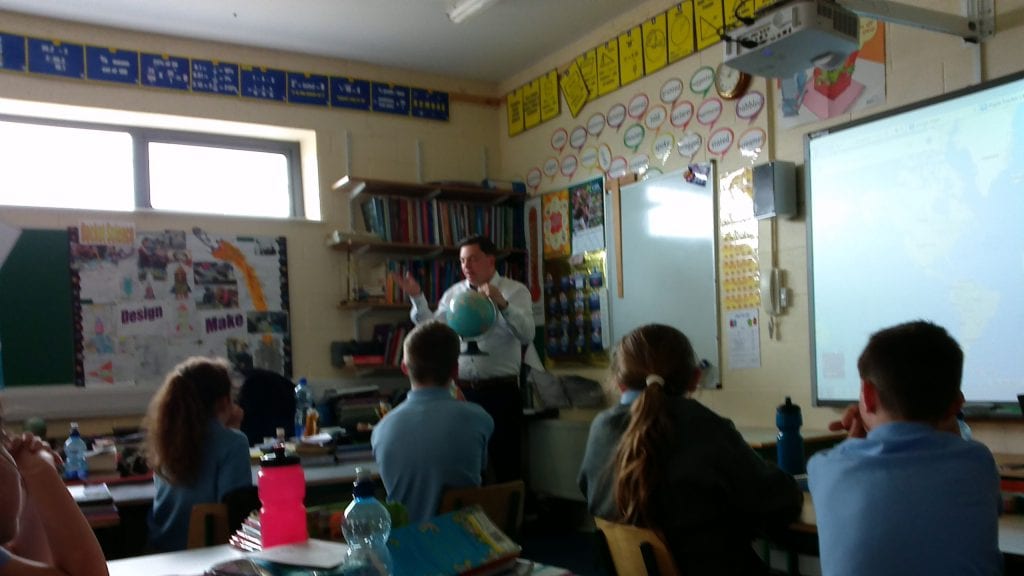 Cpt. Cason explains how pilots use the curvature of the Earth and its rotation when they fly. 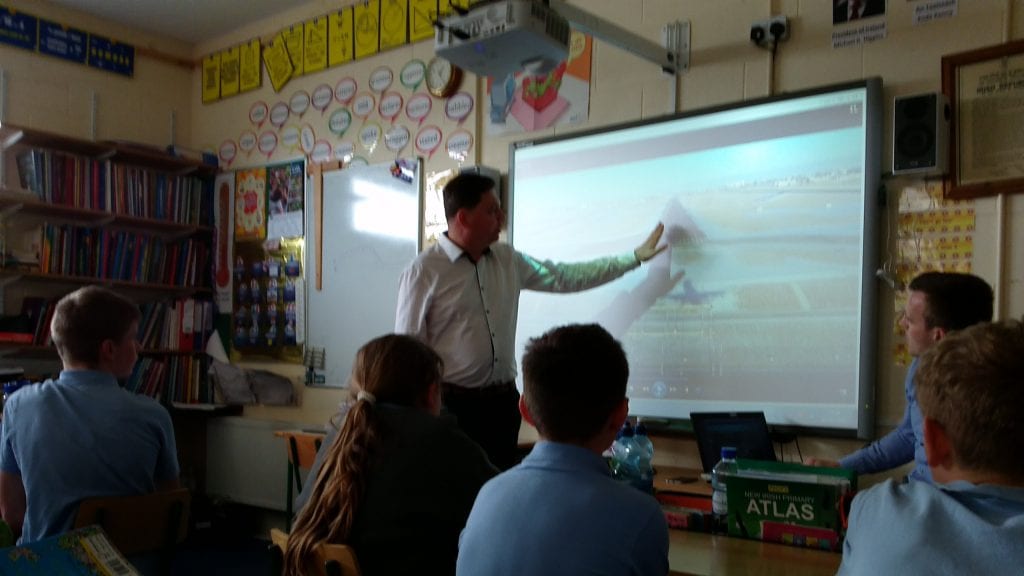 Cpt. Cason shows the children a video of a landing he performed and discusses risks like wind, snow and birds. 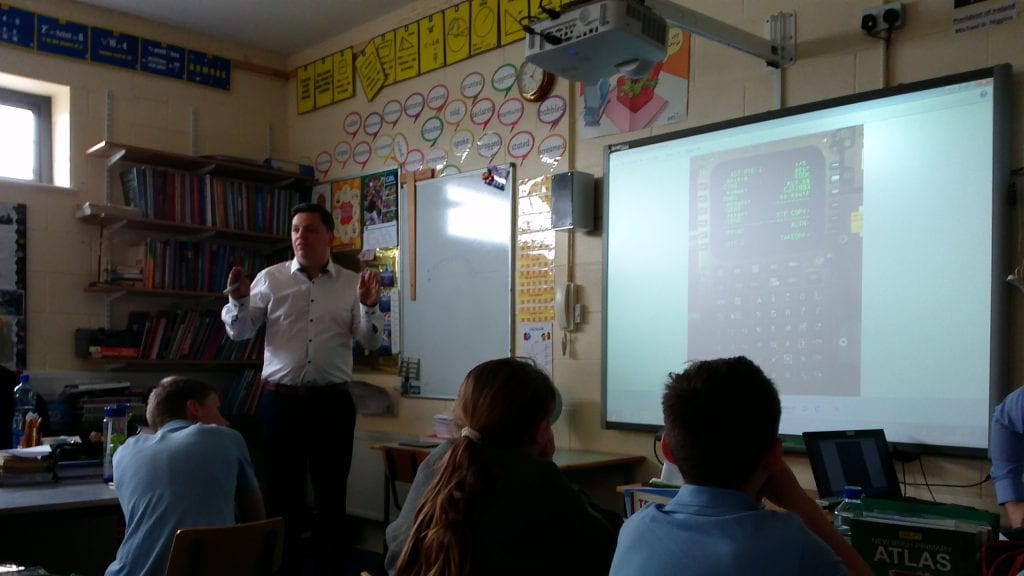 Cpt. Cason shows the children the onboard computer. 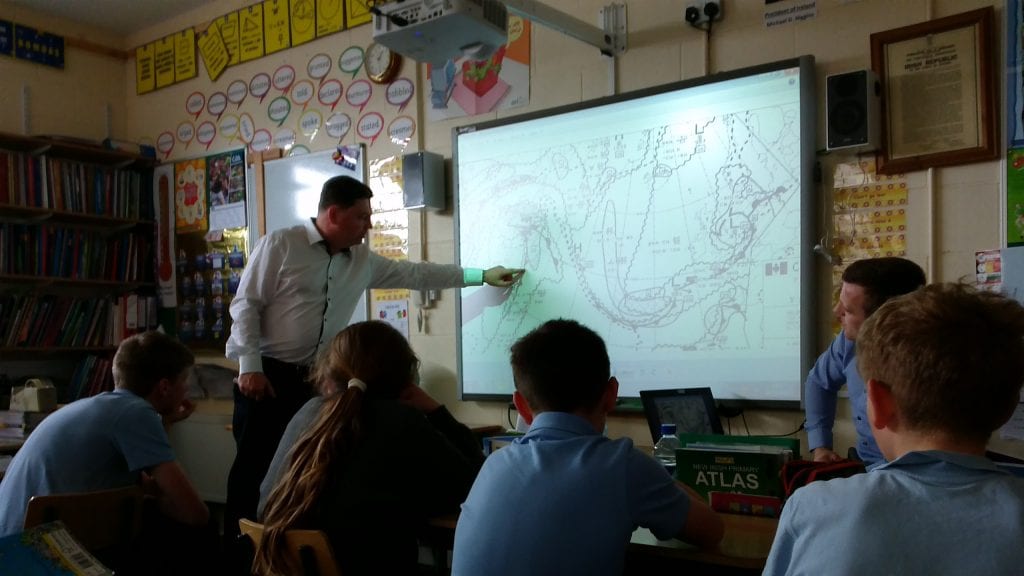 Cpt. Cason shows the children a weather map and explains why it is so important to pilots.