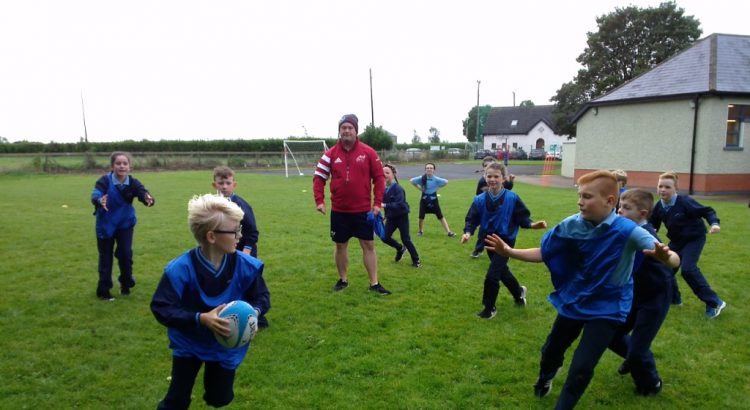 Matt Brown from Munster Rugby will be providing coaching in the school for the next few weeks.

He will firstly be working with 3rd/4th class and after that he will take 5th/6th. It is great to have his expertise available to us in the school and the children really enjoyed his first session with them yesterday.

Thanks again to everyone for supporting the school by collecting stickers from Adli. Our poster is almost at the half way mark! 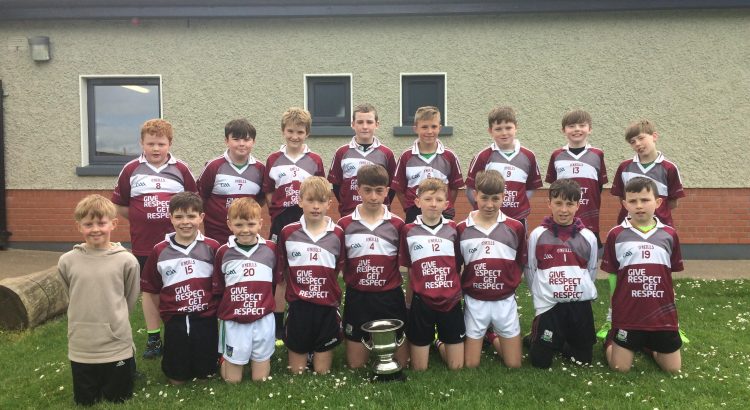 Herbertstown NS captured the Roinn A hurling title for the first time since 1988 following a victory over neighbours Hospital NS in a tense final.

The final started very positively for Herbertstown with some quick-fire goals giving the team a lead which they would not relinquish for the remainder of the game.

This start would prove to be all important as the free flowing hurling of the first half was replaced by tight, tense passages of play and our boys showed great determination and resilience to hold off a strong fight back from Hospital.

Huge congratulations to the team who have worked very hard in training all year.

A nice link to the last time the school won the A title was that two players from that team, Kevin Higgins and Edmond Heffernan had sons playing in today’s game.

Our boys and girls teams travelled to Martinstown this week to take part in the South INTO Mini 7s blitzes.

The girls also played Kilfinane NS, as well as Emly NS. The girls have made it through to the South Finals next Tuesday at 10am.

Training continues for the girls football team ahead of the County Mini 7s final on April 3rd in Rathkeale.