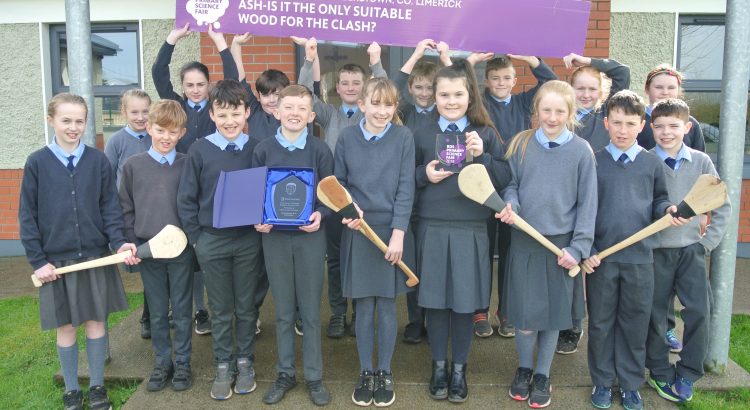 The school has been awarded second place in the National Cornmarket Cumann na mBunscol Awards in the Promotion of Gaelic Games and Culture category.

Members of the school staff were at the awards ceremony in Sligo on Friday night where the awards were presented. A video created in the school which highlighted the 2018 fourth class project on hurleys for the RDS Primary Science Fair was entered for consideration and the video received great plaudits on the night. The video was on display for the over 200 guests in attendance.

This morning, the current fifth class who completed the project and starred in the video, were pictured with the award and the one they received at the Fair in January 2018.