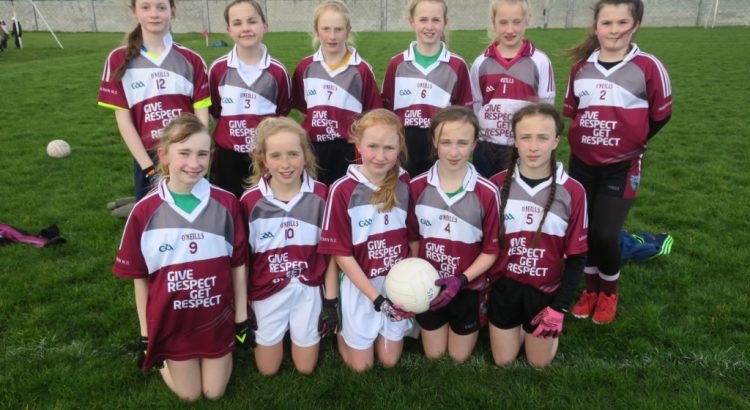 Our Girls finished runners-up in the 2019 INTO Mini 7s football competition.

Our girls football team continued their fine year with some outstanding performances at the County INTO Mini 7s Finals in Mick Neville Park, Rathkeale today.

Herbertstown NS, representing the South as the division’s champions, took on East champions Roxborough NS, Mahoonagh NS from the West and Gaelscoil Caladh an Treoigh from the City.

In the first game, Herbertstown gave a fine display and had a convincing win against Gaelscoil Caladh an Treoigh.

In the second game, Herbertstown faced off against the Celtic Image Shield holders (county 15-a-side champions) Roxborough NS. The first half was keenly contested and at the break, Roxborough held a 1 point lead. Wind assisted in the second half, the East side pulled away to get the victory.

In the final game, Herbertstown and Mahoonagh NS met having secured a win each at that point. In their best performance of the day, our girls recorded a memorable victory with some crucial goals coming in the last couple of minutes.

As mentioned, Herbertstown finished as runners-up and it was our best result at a Mini 7s County Final having finished 3rd on two occasions previously. (Boys hurling 2016, girls football 2017). Well done girls!