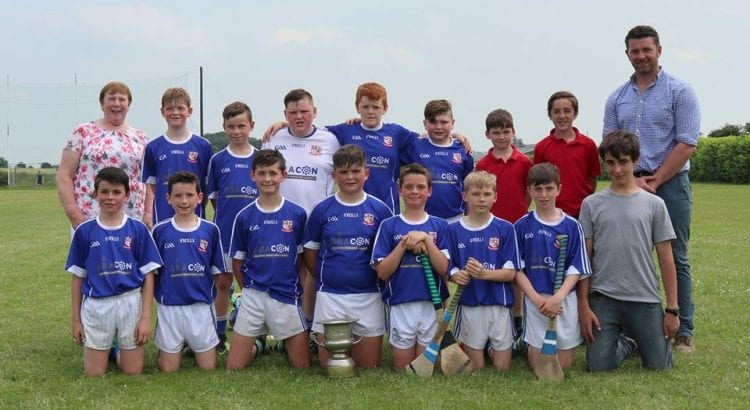 The 2017 installment of the Anthony Baggott Memorial Cup was full of excitement as Herbertstown NS, Hospital NS, Knockainey NS and Caherline NS produced some wonderful hurling. Caherline NS, participating in the event for the first time, claimed early wins against Hospital NS and Knockainey NS which booked them passage to the final. The holders, Herbertstown NS, also claimed a spot in the final thanks to victories over the same opposition.

There was a fantastic atmosphere during the final as both teams played out a thrilling contest. Many of those present mentioned the high skill level amongst the players and also the sporting nature of the game. Herbertstown looked to be on their way to victory but two late goals from Caherline swung the contest in their favour. Shortly after the final whistle Eileen Baggott presented the cup to the Caherline captain.

Thank you to all those who helped to make the day a success.