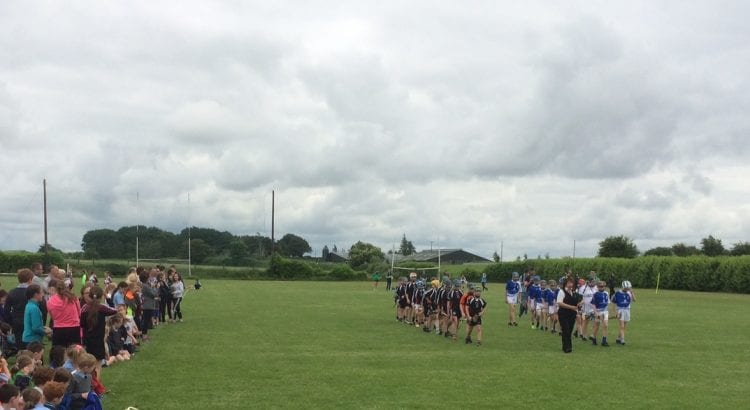 The annual festival of hurling which culminates with the presentation of the Anthony Baggott Cup took place today in Herbertstown.

A parade led by Kathleen Fitzgerald, a piper from the Liam Lynch Memorial Pipe Band, took place before the final. Caherline, who were crowned East champions 24 hours previous, showed their class to beat the South Champions Knockainey.

Following the final, Eileen Baggott presented the Anthony Baggott Memorial Cup to the Caherline captain. Prizes were also presented by Herbertstown NS principal Carmel Heelan to the players adjudged to be Rising Stars from each panel. Congratulations to Caherline NS who are now champions for 2 years in a row.