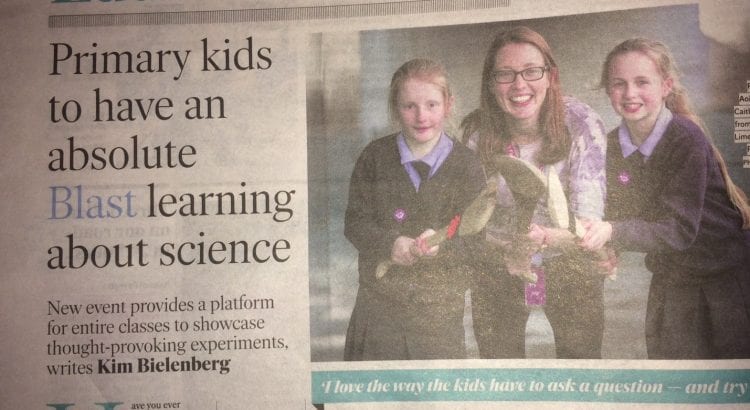 A project by our current fifth class was highlighted in Wednesday’s edition of the Irish Independent.

‘Is Ash the only wood for the Clash’ was a project undertaken by the class and was presented at the RDS Primary Science Fair earlier this year in Limerick. The project was very well received and in an article where next year’s fair and its new sponsors were being launched, the project was mentioned as one of the most memorable.

In the piece below, you can read the thoughts of judge and camogie player Rena Buckley.