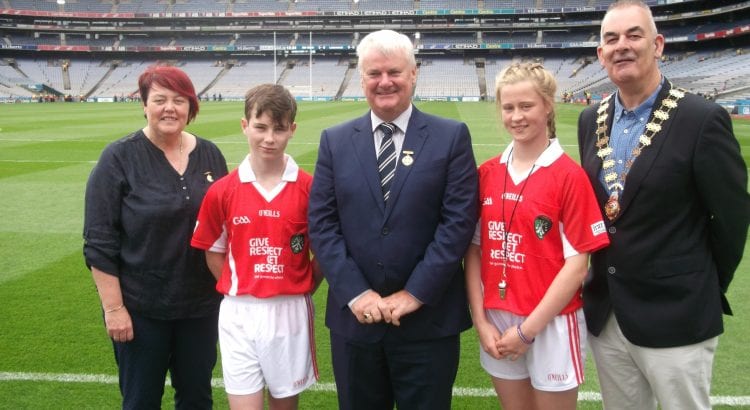 Herbertstown NS were represented in Croke Park on Sunday last by Adam who was the ‘Young Whistler’ on duty for the INTO Cumann na mBunscol GAA Respect Exhibition Go Games.  Well done Adam!

The exhibition game took place during half time in the All Ireland minor hurling semi-final between Limerick and Dublin. Limerick, who have Herbertstown NS past pupil Conor O’Grady in their panel, emerged victorious and will now compete in the final in September.