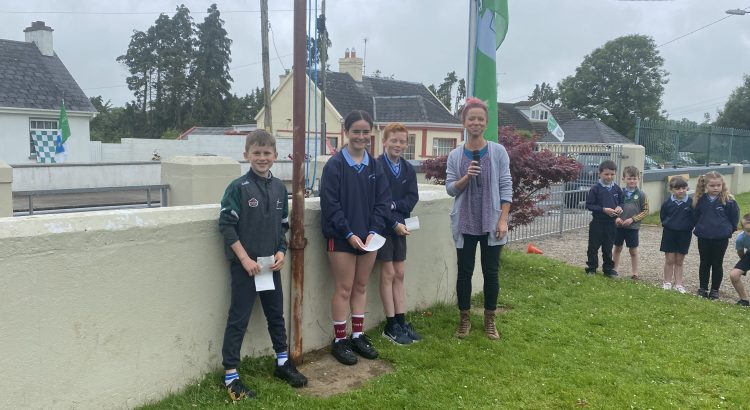 Huge congratulations to the boys and girls across the school who have achieved a fifth Green Flag for Biodiversity!

Speared headed by the Green Schools Committee and Mrs Murphy, there has been fantastic work over the course of two years into the areas around biodiversity, as well as the previous elements of the Green Flag process.

The following speech was proudly read by members of the Green Schools Committee at the flag raising ceremony today.

We are the Green Schools Committee and we are delighted to be raising our 5th Green Flag for Biodiversity! We’ve been working hard as a school to get this flag and we appreciate all the work everyone has put in. We’d like to say a big, special thank you to all our sub-committee members: the Litter Legion, the Switch-off Squad, the Water Wardens, the Travel Team, the Bio-D Bunch, Ms, Murphy, Breda, Louise and Niall for all your hard work too!

Since we began our Green Schools Adventure years ago, we have put recycling bins in our classrooms, raised awareness with signs everywhere, done lots of litter picking, installed Barry our Water Barrell, gone for lots WOW walks, installed a bicycle rack, planted trees and bulbs, improved our garden with a bug hotel and bird feeder and have had many fun Action Days to show how much we care about our planet!

Biodiversity is so important for our planet and our well-being. From the smallest seed to the largest tree. From the tiniest insect to us humans, we all depend on each other, so it’s a great honour to raise this flag now! Thanks again to all the staff and pupils for all the work you have put in over the past 2 years especially when Covid made it so hard to come together. Please give a big bualadh bos for our brand new Biodiversity Green Flag! 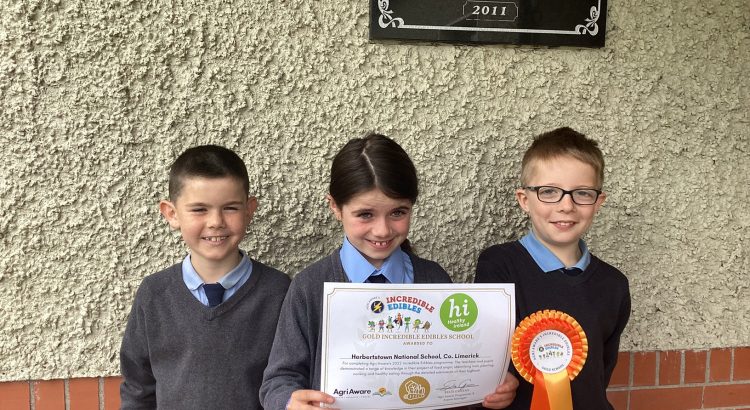 Congratulations to the boys and girls in first and second class who have received a gold award from the Incredible Edibles programme.

Their work over the course of the year included encouraging wellbeing within the outdoor classroom, learning where your food comes from and how to support Irish, as well as learning how to grow, cook and eat your own food! 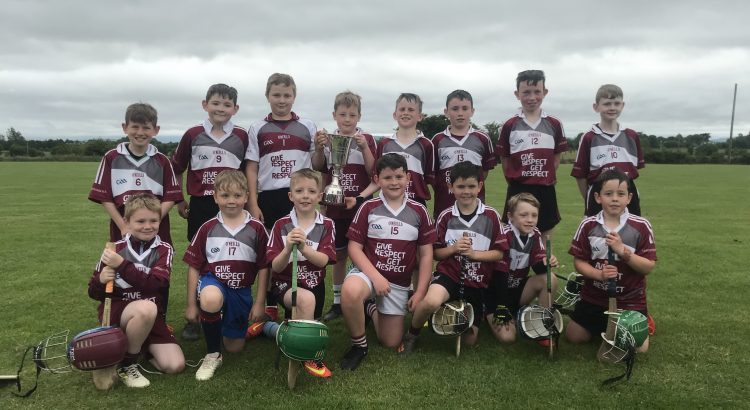 Our boys football team took a step further than any previous team in the school’s history to represent South Limerick in the County Football Finals. In the semi-final Herbertstown were paired with the City champions Ballybrown NS. Despite a spirited performance, a few second half goals saw the Clarina school pull away and get the win.

Our Anthony Baggott Cup hurling tournament returned on June 16th following a three year absence. The large crowd in attendance were treated to a festival of hurling from the four participating schools; Caherline NS, Hospital NS, Herbertstown NS and Knockainey NS. There was also an exhibition game featuring the junior and senior infant pupils from Herbertstown NS.

It’s little wonder then that the final was very competitive with the standard of hurling was at a very high level. When the dust settled, Knockainey had got the crucial scores and had done enough to claim the honours. Afterwards Eileen Baggott presented the Anthony Baggott Cup to the Knockainey captain.

Sincere thanks to everyone who helped to prepare the field, who donated food and helped with the tea and refreshments on the day. Thanks also to Hospital/Herbertstown GAA for their continued support. It was a great day for the school and the community.

On Friday, our final fixture of the year took place. Our team travelled to Knockainey to play our neighbours in a competition for third and fourth class pupils. This South Limerick Primary Schools event is an opportunity for the younger pupils to showcase their talents. With numbers a little tight, our third and fourth class boys were bolstered by the addition of the boys in second class. After an exciting, sporting game with Knockainey NS, Herbertstown edged a narrow win.

In the moments after the game, Christina Greensmyth presented the Harry Greensmyth Cup to the Herbertstown captain. How fitting that a cup named after Harry is presented to many players who were playing for the first time for their school when Harry himself did so much to promote gaelic games over many decades. 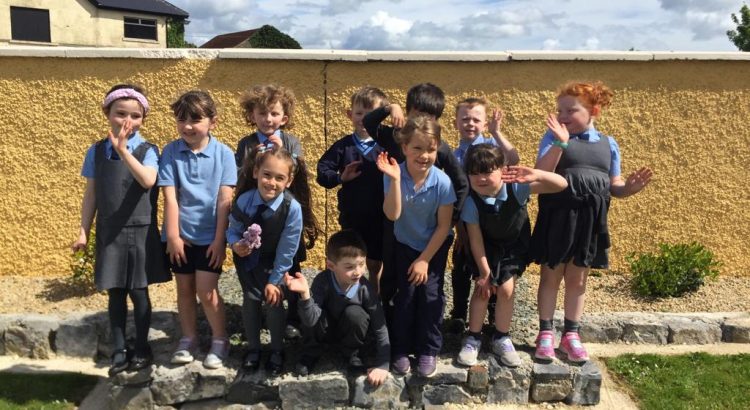 Check out the gallery below to see some of the activities the infants were involved in during May. These included art, gardening and caring for their caterpillars!