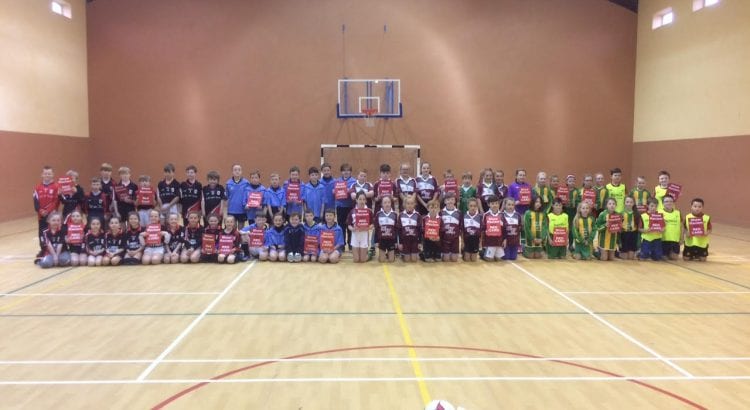 Our fourth class boys and girls represented the school at the FAI Primary Schools Futsal event in Cappamore on Friday.

The children had been receiving coaching from FAI Development Officer Barry McGann in recent weeks and this was an opportunity to showcase what they had picked up. Both our boys and girls performed very well. The girls finished second in their competition and the boys finished top of their category following a penalty shoot-out with Cappamore. Well done to everyone that took part.

On Thursday two teams from our third & fourth classes travelled to Cappamore to represent the school in the FAI Primary Futsal tournament. Herbertstown NS joined other schools such as Templeglantine NS, Killinure NS, Cloverfield NS and Dromtasna NS at the indoor event.

Both our girls’ and boys’ teams performed fantastically well in what was their first time participating in an event like this. The boys reached the semi-final of their tournament, losing out on penalties. The girls’ team had an impressive run which brought them to the final where they also lost out on penalties.

Despite the disappointment the pupils felt they can be very proud of themselves. The next outing for the pupils at this grade will be the indoor hurling after Christmas and another day to look forward to. Well done to Mr. Wixted, Mr. Gubbins and Breda for guiding the teams through the day.