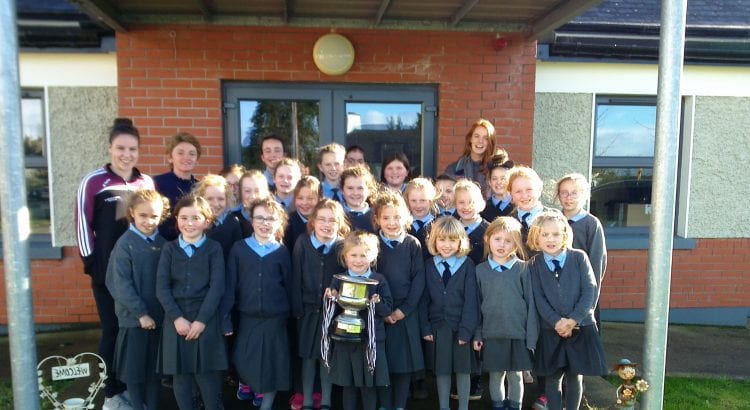 On Monday, Pádraig O’Dea and Shane Markham of Hospital/Herbertstown Bord na N-Óg called to the school to promote the local GAA club. Of course, there are many of our pupils already playing GAA with Hospital/Herbertstown, and also Kilteely/Dromkeen, but Padraig and Shane both wished to tell the children that any new players would be most welcome. As part of their visit, Pádraig and Shane also made a presentation of sports equipment to the school.

On Tuesday, Orlaith O’Donoghue and Niamh Holland, two key members of the St Brigid’s Ladies Football team which won the County Intermediate title recently called into the school with the cup. St. Brigid’s have a vibrant underage system in place with many of our girls playing with them at various grades. It was great for our pupils to see the local club having success and the winning panel contained five past pupils of the school, Gráinne & Niamh Kennedy, Nina Winship, Keeley Baggott and Eimear Daly. Orlaith and Niamh spoke to the whole school and outlined the benefits of playing sport and how playing with St. Brigid’s has helped them form great friendships with team mates off the field. 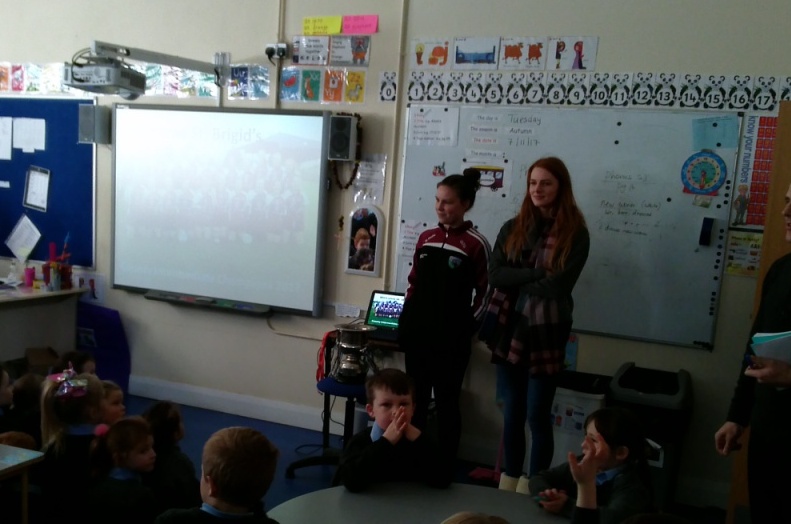