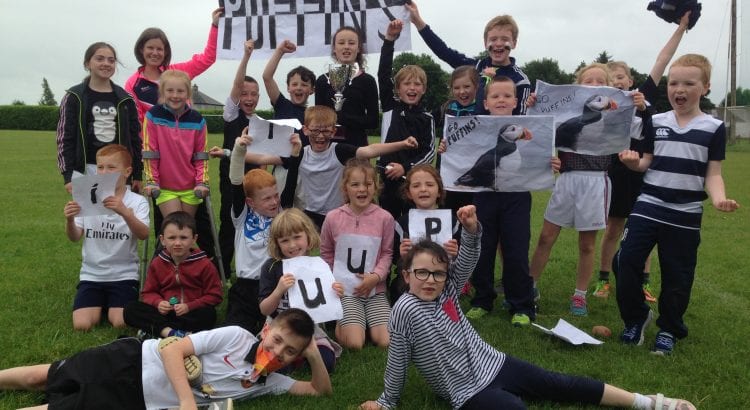 The 2017 Sports Day saw the introduction of teams for the first time. Every pupil in the school, from Juniors to sixth, was placed in one of six teams: Puffins, Deer, Frogs, Hares, Owls and Foxes. Points were awarded to the top five finishers in the running races, sack races and spud and spoon races. There was also an award for the team with the best team spirit. At the end of the races the points were totted up and it was The Puffins who emerged victorious. Congratulations to them and their coach, Mrs. Heelan.

Following the races the finals of the Ned Daly Shield, the Padraig Pearse Cup and the Summer Soccer League were played. These finals were the culmination of weeks of preliminary matches and the finals were closely fought contests. Congrats to Dublin who claimed the Ned Daly Shield, Mayo who captured the Pádraig Pearse Cup and France who beat England 3-2 in the final of the Summer Soccer League. Thank you to FAI Development Officer Barry McCann who came to the school to watch the soccer final and, along with Mike Bermingham of Herbertstown AFC, presented the school with footballs and equipment.