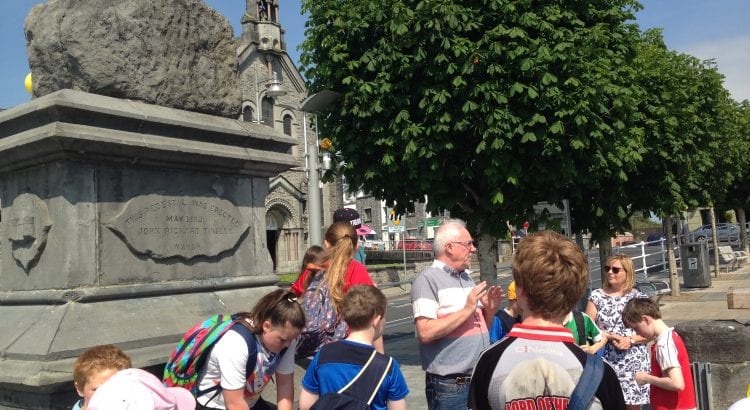 Earlier in the year Aisling produced a prizewinning picture of King John’s Castle in an art competition ran by Limerick City & County Council. The prize was a walking tour of Limerick for her class as well as a visit to the Hunt Museum.

On Tuesday, the children of fifth & sixth class enjoyed a very informative tour of the oldest part of Limerick City, taking in sights like King John’s Castle, the last remaining part of the old city wall and the Treaty Stone. Thank you to Hayman Harris of Limerick Civic Trust for being our Guide.

Following lunch, the children were given a guided tour of the Hunt Museum and saw some of the many interesting artifacts and pieces of art which are on display.