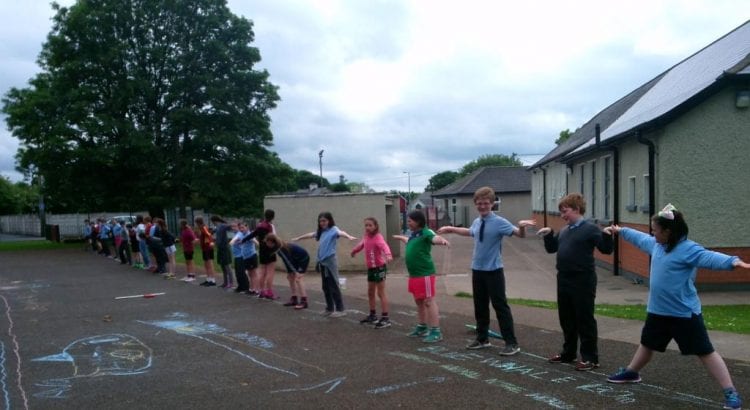 Marine Biologist Lucy Hunt delivered a fascinating workshop with 5th & 6th class today in Herbertstown NS. Lucy has worked on numerous different projects studying marine life all over the world. Pupils had an opportunity to see and examine plankton, crabs, starfish and other creatures.

Today a woman called Lucy Hunt came to our school. She is a Marine Biologist

She brought in crabs, anemone,  seaweed and plankton.

Here are some facts she told us:

To finish, Lucy brought the class outside and had them draw out different marine mammals to get an idea of their size.

The workshop was secured as a prize for a drawing of Lough Gur by Nathan back in the autumn. The drawing secured third place in a competition run by Limerick City and County Council.