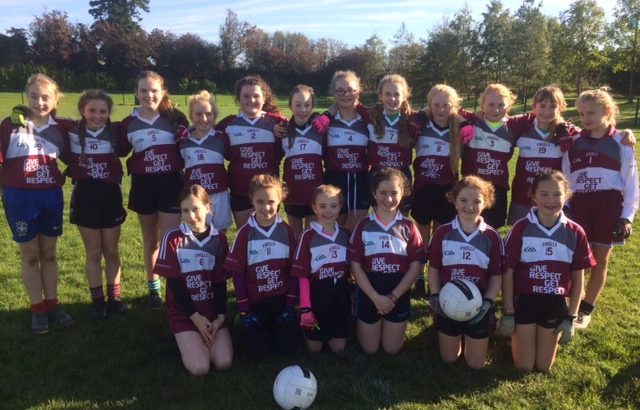 Boys and girls through to South football deciders.

Both our boys and girls football teams were in action today in Martinstown in the Cumann na mBunscol blitzes which had been delayed by poor weather in recent weeks.

The girls were first up and they had three games. Wins over Kilfinane NS and Athlacca NS guaranteed the girls a place in at least the South Roinn B final before they played Knockainey NS in the final group game. A last minute goal gave Knockainey the victory by a single point.

With the girls fixtures completed the boys took to the field and produced two stellar displays against Kilfinane NS and Knockainey NS to top their group and secure passage to the Roinn A decider.

Well done to everyone involved. The boys and girls will return to the training field on Wednesday after school to prepare for the South Finals which will be played when we return from the mid term break.