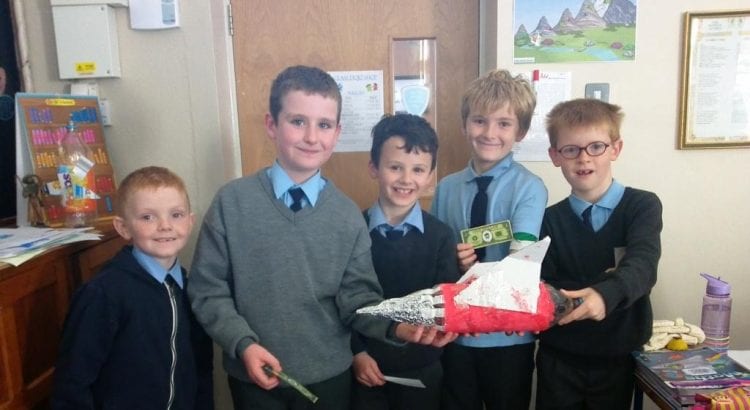 Space Week 2017 was marked in Herbertstown NS with the launch of six bottle rockets.

The pupils of third and fourth class designed and constructed the rockets using a variety of materials. Their designs were inspired by prior study of The Space Race and the International Space Station.  Each rocket was graded in terms of appearance/design and its performance in flight. These scores were provided by the pupils of fifth and six class. The winning group was group 3! 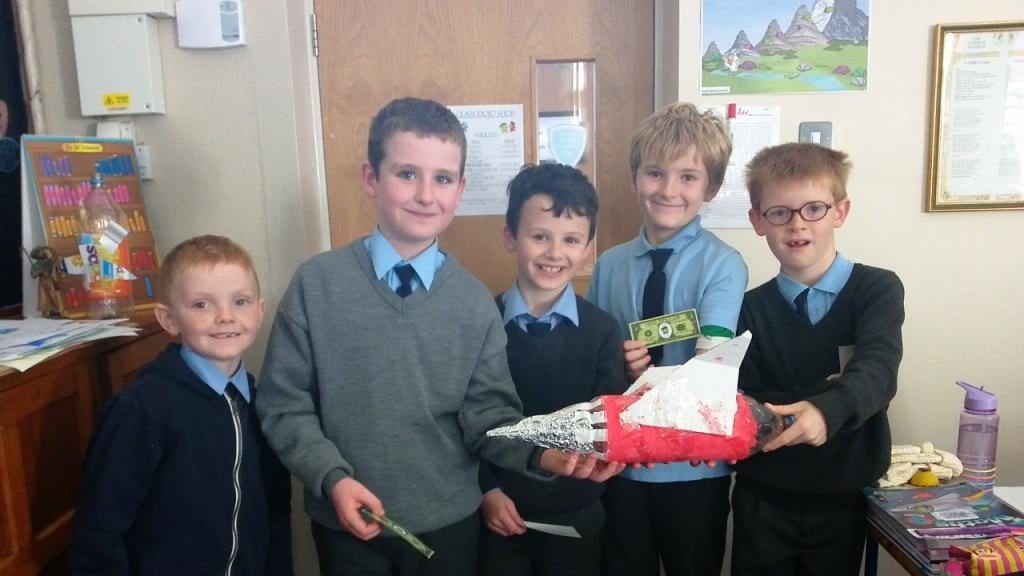